This article describes how to deploy and use a Kubernetes cluster using JASMIN Cluster-as-a-Service (CaaS).

Kubernetes is an open-source system for automating the deployment, scaling and management of containerised applications.

Kubernetes is an extremely powerful system, and a full discussion of it's capabilities is beyond the scope of this article - please refer to the Kubernetes documentation. This article assumes some knowledge of Kubernetes terminology and focuses on things that are specific to the way Kubernetes is deployed by CaaS.

In CaaS, Kubernetes is deployed in a single-master configuration using Rancher Kubernetes Engine (RKE). This configuration was chosen so that a single external IP can be used for SSH access to the cluster and for ingress - external IPs are a scarce resource in the JASMIN Cloud and the number available to each tenancy is limited. It is for this reason that load-balancer services are also not available. Highly-available (HA) configurations may be available in the future.

All externally-exposed services, including the Kubernetes API, are authenticated using the Identity Manager, meaning that FreeIPA groups can be used to control access to the cluster.

The following services are also configured by CaaS (described in more detail later):

The following variables are available when creating a Kubernetes cluster:

Kubernetes is configured to use the OpenID Connect support of the Identity Manager for authentication and authorisation. This means that all interactions with the cluster are authenticated and authorised against the users in FreeIPA, via the Keycloak integration.

If the option to deploy the dashboard was selected, the Kubernetes dashboard will be available at https://<dashboard domain>. Upon visiting the dashboard, you will be redirected to Keycloak to sign in: 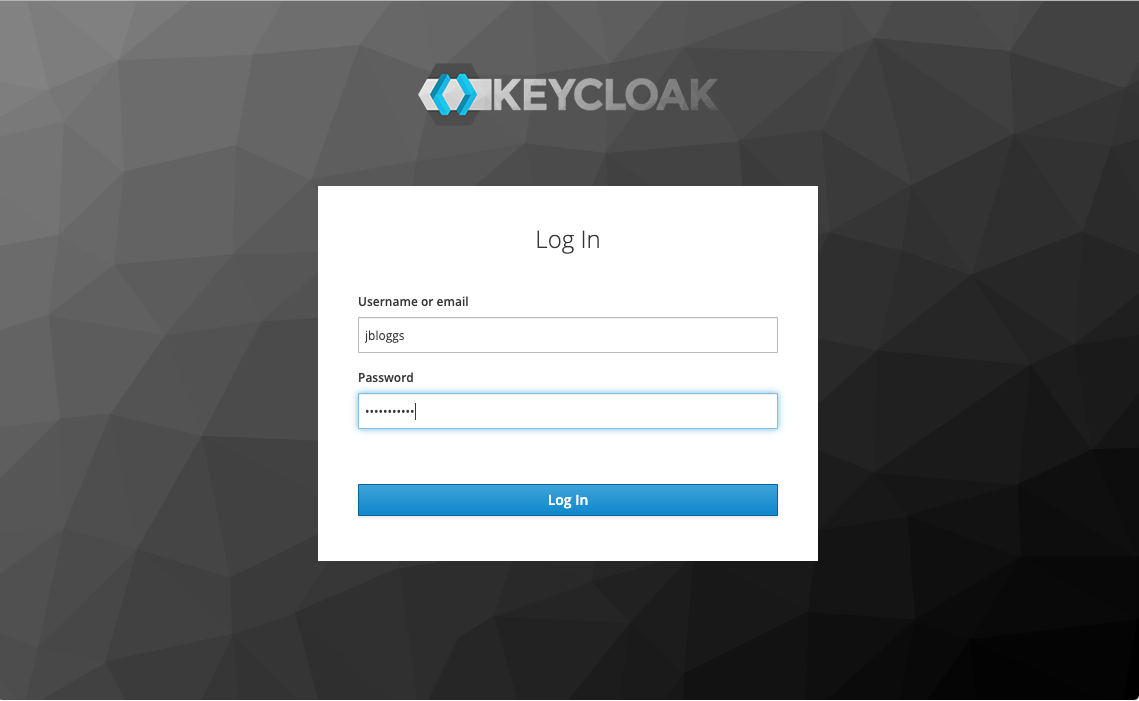 Any user that exists in your FreeIPA database is able to log in to the dashboard, but only those with permissions assigned for the cluster will be able to see or do anything. Here is an example of what a user with no permissions will see: 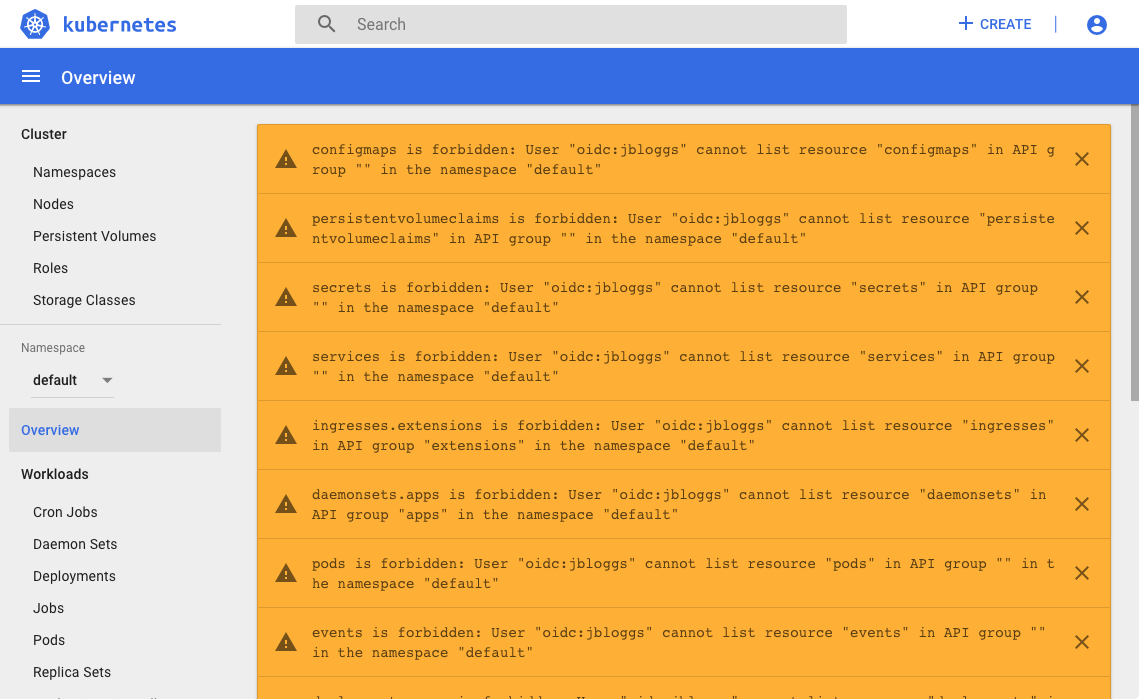 And here is an example of what a user with full admin rights will see (see Using Kubernetes RBAC below): 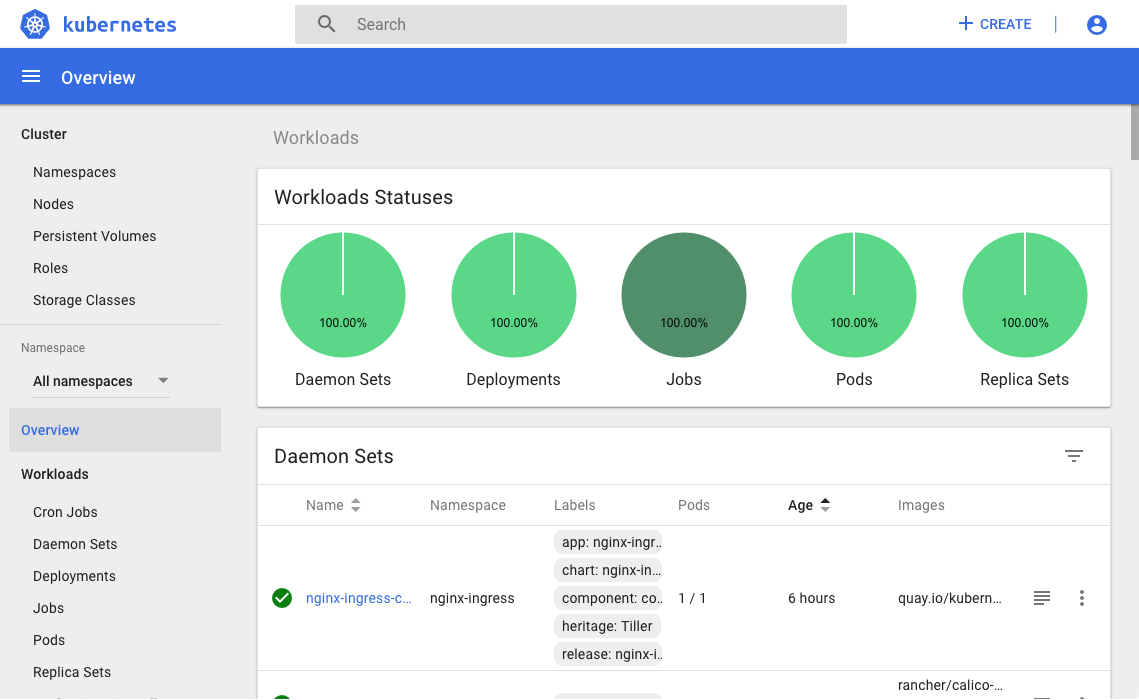 This section assumes that you have kubectl, the Kubernetes command-line client, installed on your workstation. In order to authenticate with Keycloak, you must also install the kubelogin plugin, which provides OpenID Connect authentication for kubectl.

In order to configure OpenID Connect, you need to know the client ID and secret of the OpenID Connect client for your Kubernetes cluster in Keycloak. If you are an admin, you can find this information in the Keycloak admin console - the client will be named after the cluster. If you are not an admin, your admin should provide you with this information.

Use the following commands to configure kubectl to connect to your Kubernetes cluster using your Identity Manager, replacing the variables with the correct values for your clusters:

Once kubectl is configured, use the oidc-login plugin to authenticate with Keycloak and obtain an ID token. Running this command launches a temporary lightweight web server on your workstation that performs the authentication flow with Keycloak. A browser window will open where you enter your username and password:

You can now use kubectl to query the Kubernetes resources to which you have been granted access:

Kubernetes includes a powerful Role-Based Access Control (RBAC) system. A full discussion of the RBAC system is beyond the scope of this documentation, but this section gives some examples of how RBAC in Kubernetes can be used in combination with FreeIPA groups to allow fine-grained access to the cluster.

For every Kubernetes cluster that is deployed, CaaS automatically creates a group in FreeIPA called <clustername>_users. This group, along with the admins group, are assigned the cluster-admin role using a ClusterRoleBinding, which grants super-user access to the entire cluster. In order to grant a user super-user access to the cluster, they just need to be added to one of these groups (depending on whether you want them to be a super-user on other clusters as well).

It is also possible to create additional groups in FreeIPA and attach more restrictive permissions to them.

For example, suppose you have some auditors who require read-only access to the entire cluster in order to know what workloads are running. The first thing to do is create a group in FreeIPA - in this case, you might create a group called kubernetes_auditors. Once the group is created, you can reference it in Kubernetes by using the prefix oidc: - in this case the group would be referenced in Kubernetes as oidc:kubernetes_auditors. To grant read-only access to this group for the entire cluster, create a ClusterRoleBinding linking that group to the built-in view role:

As another example, suppose you have some developers who want to deploy their app in your cluster, and you want to grant them read-write access to a single namespace to do this. Again, the first thing you would do is create a group in FreeIPA called, for example, myapp_developers. You can then assign this group the built-in edit role, but this time use a RoleBinding that is tied to a particular namespace:

It is beyond the scope of this documentation to discuss how to use Kubernetes - please refer to the Kubernetes documentation for that. This section describes some things about the way Kubernetes is deployed by CaaS that will make a difference to how your applications are deployed.

In CaaS Kubernetes, Ingress resources are handled by the Nginx Ingress Controller, which is exposed at the external IP used by the master node. The Ingress Controller supports a wide range of Ingress annotations that can be used to customise the behaviour for particular services - visit the documentation for more details.

In order to expose a service using an Ingress resource, each host given in the resource specification must have a DNS entry that points to the external IP of the master node (where the Ingress Controller is listening). CaaS or Kubernetes will not create these DNS records for you, and it is not possible to use an IP address as a host. If you cannot create or edit DNS records, you can use xip.io (or similar services) - these are "magic domains" that provide DNS resolution for any IP address using domains of the form [subdomain.]<ip>.xip.io.

CaaS Kubernetes is also configured to take advantage of the fact that it is running on Openstack. In particular, a storage class is installed that can dynamically provision Cinder volumes in response to persistent volume claims being created. This storage class is called standard, and is consumed like this:

If there is enough quota available, this persistent volume claim should result in a new Cinder volume being provisioned and bound to the claim. The Cinder volume will show up in the Volumes tab of the JASMIN Cloud Portal with a name of the form kubernetes-dynamic-pvc-<uuid>.