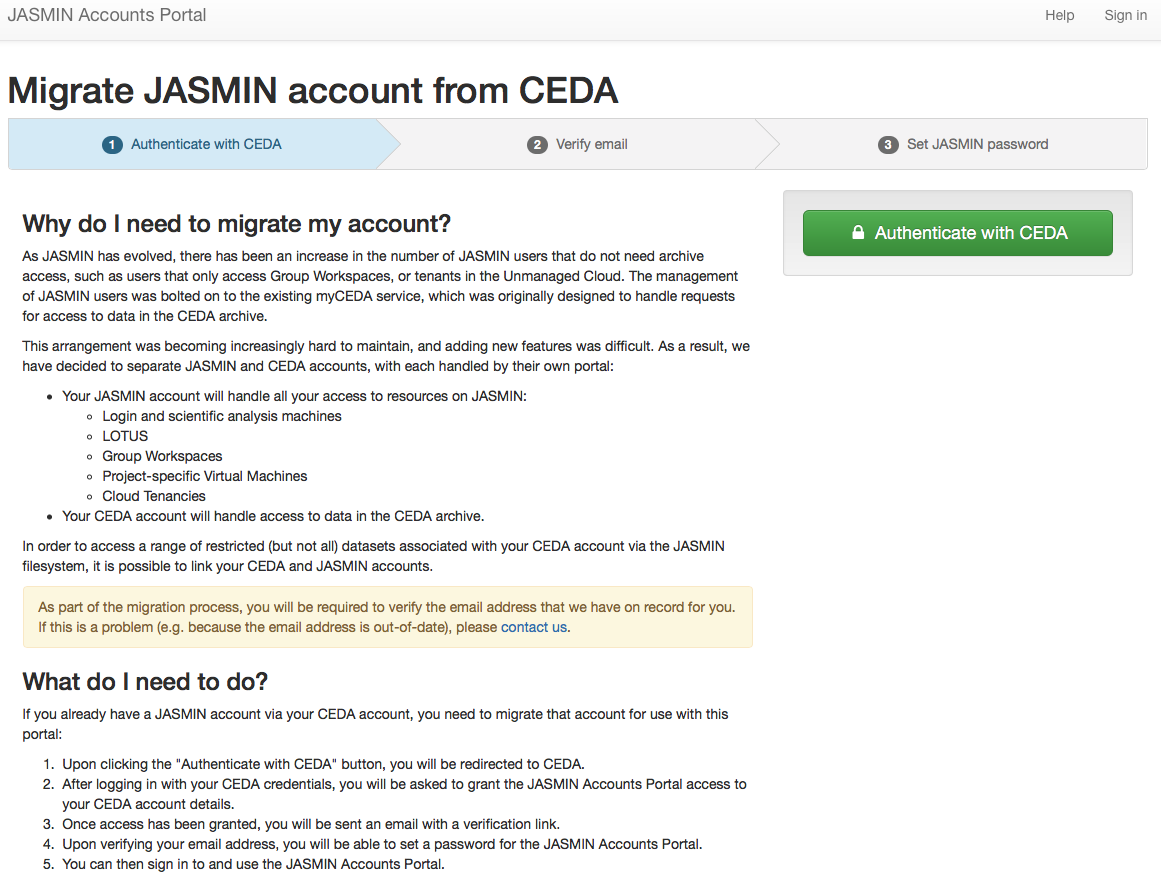 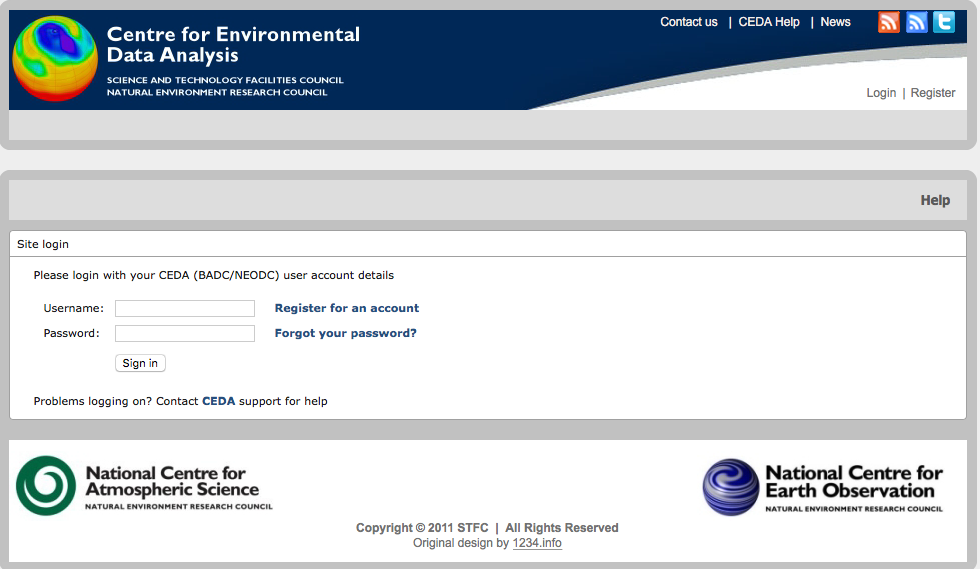 Step 5: You will be sent an email with a verification link.

Step 6: After email verification, you will be directed to set a password for the JASMIN account portal as shown below 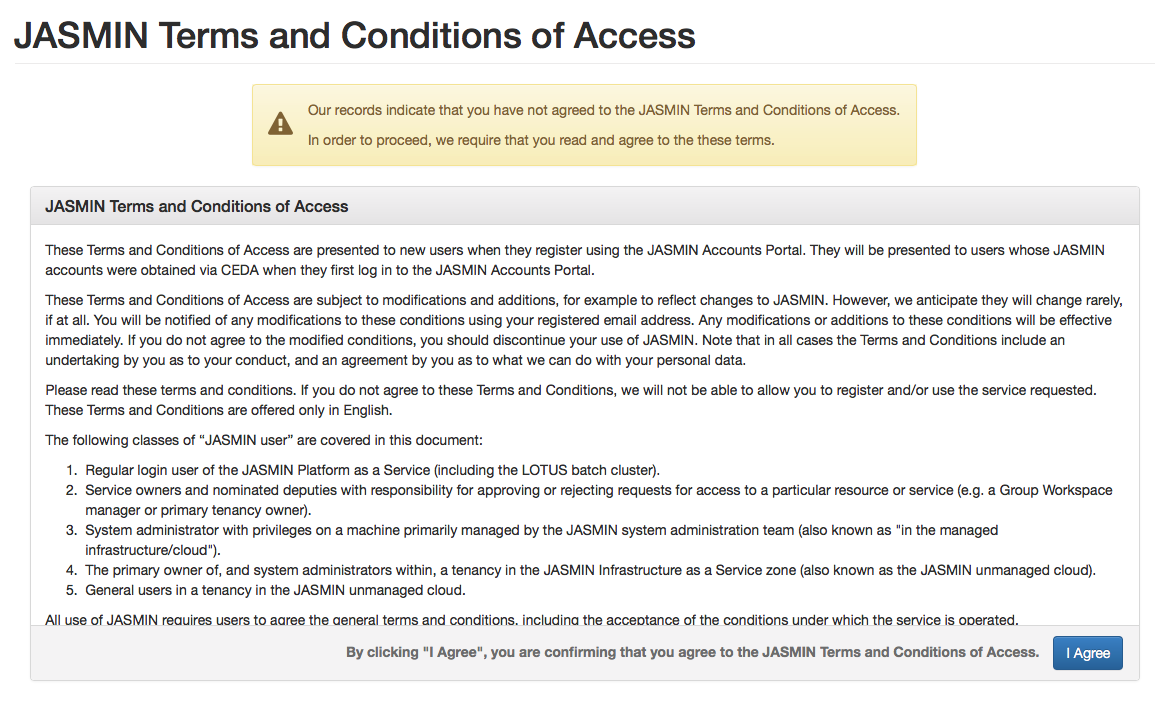 Finally, your JASMIN profile is displayed showing your username, email address and your SSH public key. The "Linked CEDA Account" feature shows that the two accounts are linked. 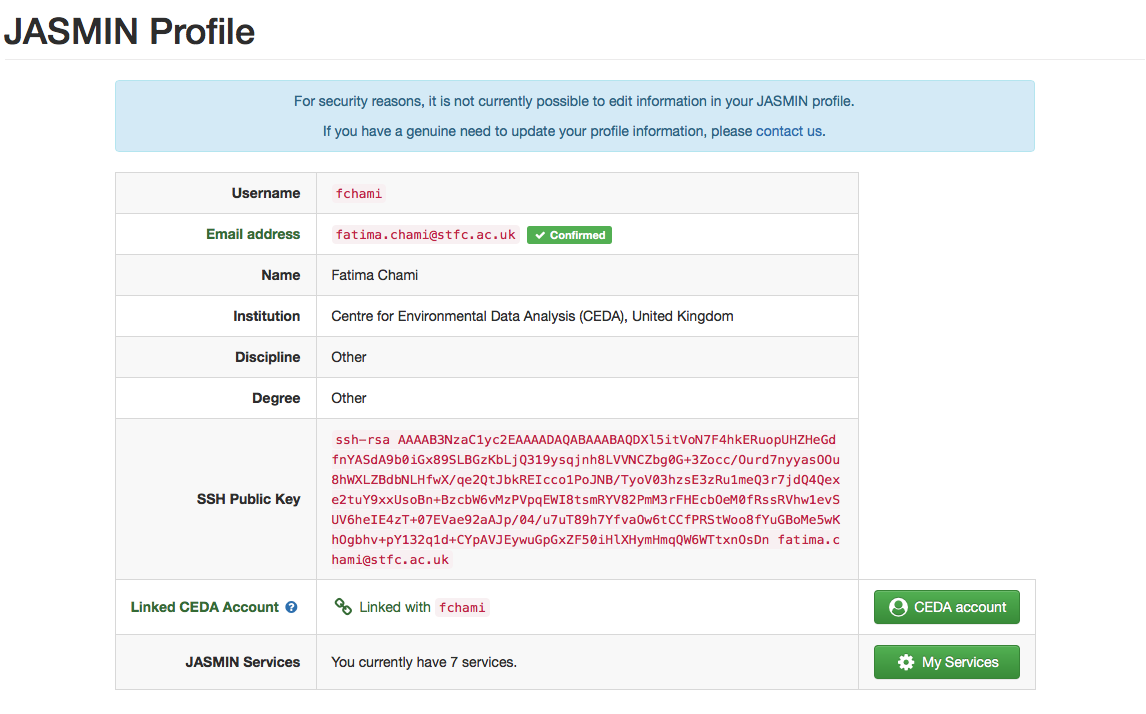